The American Film Institute decided the top 10 Westerns of all time and we’ve got the 411 on the ones that ranked. People have always loved Westerns, and we’ve listed 8 of the most popular according to AFI. First up, Cat Ballou, the 1965 Western comedy from Elliot Silverstein. It starred Jane Fonda as Cat and Lee Marvin in a dual role as both the man who killed Cat’s father and the gunslinger who helps her get revenge. Narrated through song by Nat King Cole and Stubby Kaye, what made “Cat Ballou” so special was the female lead, which was rare for a Western.

Next, John Ford’s turning-point 1939 film, Stagecoach. It starred John Wayne and Claire Trevor. The film follows a group of interesting characters as they travel in a stagecoach together, which paved the way for the road trip trope. The passengers have to contend with the Ringo Kid, an outlaw, and the threat of Apache attack as they travel to New Mexico in the 1880s.

McCabe & Mrs. Miller, Robert Altman’s 1971 film, was a Revisionist Western piece starring Warren Beatty and Julie Christie. The film follows gambler John McCabe as he upstarts a successful brothel in a Washington town with Constance Miller’s help. The two strike up a romance, but when a mining company offers to buy his property, McCabe refuses.

No list of Westerns would be complete without Butch Cassidy and the Sundance Kid. The 1969 film from George Roy Hill starred Paul Newman as Butch Cassidy and Robert Redford as the Sundance Kid. The two got into all sorts of trouble, fleeing from the law after train robbing. The pair escape to Bolivia, but find they must fight the urge to commit crimes. 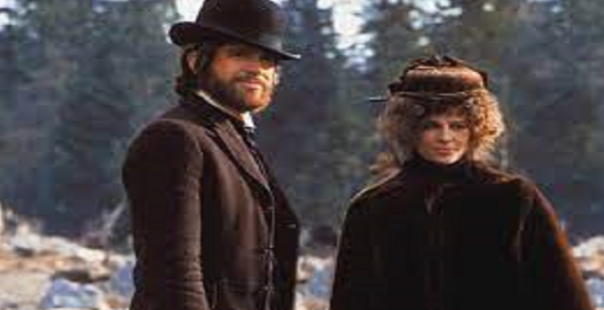 Sam Peckinpah’s The Wild Bunch comes up next. The 1969 Western starred William Holden, with Ernest Borgnine, Warren Oates, and Ben Johnson as his gang. The outlaws prepare to go through with a heist, only to find out the whole thing is a setup. The film is full of gratuitous violence and bloody shootouts; sure to satisfy fans of more gory Westerns.

Up next on the list, Red River. This 1948 Howard Hawks film follows John Wayne as Thomas Dunson, who aims to drive his cattle to Missouri for a better price. Montgomery Clift stars as Matt Garth, an orphaned youth whom Thomas takes under his wing. The film was shot on a grand scale, with sweeping landscapes and plenty of cattle. This is a must-watch for those who love big Westerns.

Then, Western star Clint Eastwood took a stab at directing his own with 1992’s Unforgiven. Starring Eastwood and co-starring Gene Hackman, Morgan Freeman, and Richard Harris, the film follows Eastwood’s William Munny as he comes to town to catch a group of bandits. Harris’ English Bob comes to town as well, for the same reason, and the two outlaws clash with the local sheriff.

Additionally, the 1953 film Shane takes the American cowboy and turns him on his head; the cowboy retires to a ranch in Wyoming, but while working there falls in love with the ranch owner’s wife. He realizes that to save the ranch he has to fight the big cattle baron threatening to take the land. There’s something about watching a kid shout “Shane! Come back!” over an echoing, barren wasteland that tugs on the heartstrings.